Community Benefits Agreements (CBAs) have been used throughout North America for more than 20 years.

CBAs help to ensure public projects are completed on time and on budget, and offer benefits to the communities in which they are built. CBAs ensure tax dollars are reinvested in local communities, and that there is a lasting legacy of experience, skills, training, and employability among the workers who built the project.

Community Benefits Coalition of BC

The Community Benefits Coalition of BC was started by members of the labour movement and local companies who believe that projects paid for by B.C. taxpayers can and should provide tangible long-lasting benefits that go beyond the mere project itself.

These benefits can be secured through Community Benefits Agreements.

Community Benefits Agreements, or CBAs, can secure work, skills training and fair wages to qualified local residents and groups who are traditionally underrepresented in the skilled trades sector, such as apprentices, Indigenous workers and women in trades.

With predetermined wages, training and worker ratios, CBAs can also ensure projects are completed on time and on budget; there is greater accountability and transparency.

That’s what we’re fighting for.

In 2010, I graduated with a bachelor of fine arts degree from SFU and a ridiculous amount of student loan debt that I had no idea how to get out from under. It wasn’t long before I became pregnant with my son and realized that I needed to find work that would support both of us and allow me to pay off my debts — I needed a trade. I took the welding program offered by the UA Piping Industry College of BC and was hired by Bantrel Constructors at the Kitimat Modernization Project before I’d even completed my pre-apprenticeship.

I’m close to achieving my Red Seal ticket and I can honestly say that this job changed my life. There is an immense amount of pride in being able to work and earn a decent living for your family, to support yourself and to build your community. KMP was a phenomenal opportunity for me, a single mom. Community Benefits Agreements will ensure that these kinds of opportunities continue to be available so that families like mine can thrive. 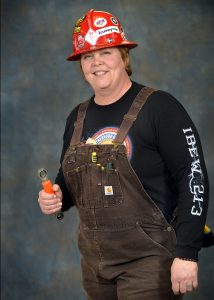 When I was an apprentice, I didn’t have any idea about the hard work that goes on behind the scenes helping me benefit and move ahead in my craft. A Community Benefits Agreement has provisions for apprentices, and that means you can stay employed and learn your craft. There are more opportunities for women, too.

When you’ve got the union behind you, dispatching you out, you don’t have to do the door-knocking. And for women who have to knock on doors themselves and find their own training opportunities, it’s not so easy. Many employers  aren’t willing to hire women. Now, it’s starting to change. 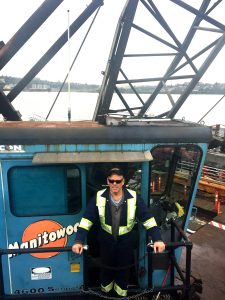 I was an apprentice on the Lions Gate Bridge repaving, and I worked with a great journeyman. Every morning, we went over what we would do for the day. We went over the charts and covered any heavy lifts that were planned. We would let the foreman know what we could or couldn’t do. A journeyman was right there in the other crane if I needed anything. It was awesome.

Now I do the same for the apprentices I work with. I watch them and make sure they are aware and safe. If you’re an apprentice and you’re on the jobsite and you’re unsure, there are no stupid questions. It’s OK to ask a question because it could save your life.

When I was an apprentice, someone invested in me, and now I’m a journeyman helping to build B.C. I wish the same opportunities for other apprentices. 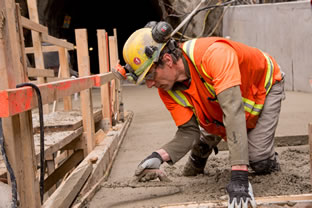 Local hiring is important to me. I live in Campbell River and I work for Aecon Canada right here on the John Hart Dam.

With a Community Benefits Agreement, you get a diverse mix of apprentices and journeymen working alongside each other and building a legacy for the community. Apprentices come into this bounty of knowledge and it allows them to rise to the next level. Good local wages, a good agreement, good people doing the job, and doing the job well — that’s how to be successful. Community Benefits make this happen. 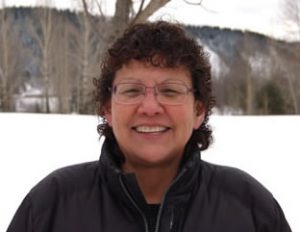 For years I worked in every sawmill in Fort St. James and I’d look outside at all those big machines and think to myself that I’d rather be on those than in here. My son told me about a heavy equipment training program that was available, so I took it, and now I’m the one operating the big machines. I’ve been doing this for seven years and I love it — every day is a learning experience.

I’m a qualified rock truck operator and an apprentice excavator, bulldozer, loader and grader operator. When I look at what’s possible with Community Benefits Agreements, I can only see opportunities. Local communities get work and people give back by investing in the local economy. 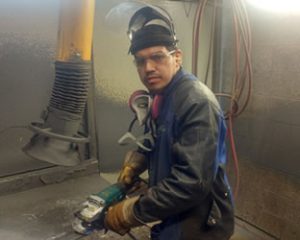 When I was 20 years old, I was barely surviving before I learned a trade. I was coming from seasonal jobs with fisheries, dipping and counting fish. That would be about two months of work. Or beetle-probing in beetle-infested trees. The wages were terrible. So I decided to pursue a trade and I researched it. The millwright training was intense, but to learn all that I did and be able to take apart things, put them back together, and understand all that when I’m working at these sites. Well, there’s a lot of pride in that. When I get called to a job, for me, there’s just a lot of pride.

My job is hard work but at the end of the day, being a millwright is rewarding. My hope is that Community Benefits Agreements will provide opportunities for people to help themselves, to support their families, and to literally make their mark on our province and be proud of those accomplishments.

Help us fight to ensure public infrastructure projects in B.C. provide community benefits to our families.

The Community Benefits Coalition of BC was started by members of the local labour movement and local companies. Add your voice to our campaign and stay up to date on the ways we’re fighting to make our communities better.

Community Benefits Coalition of BC